The day it all started!

Just over three years ago our lives were turned upside down. Good Friday to be exact, we had gone out for lunch with some friends when I started to get the feeling that something wasn’t right.

Our then 4-year-old ate more than she had ever eaten before, having already surprised us by demolishing a whole pizza, she then proceeded to devour an entire chocolate pizza, most unlike her.

When we got home from the restaurant, her first words were “Mummy I’m still hungry”. The alarm bells started ringing.

I had noticed her drinking a lot for a few weeks. She would frequently wake in the night and guzzle several glasses of water but I couldn’t quite put my finger on what the problem was.

I tried to get her in at the doctors during the week as I thought perhaps she was starting with a urine infection but it hadn’t seemed urgent as she didn’t seem unwell in herself so I couldn’t get an appointment.

As the afternoon went on she seemed quite lethargic so like any other parent would I presumed she was coming down with something so we popped her to bed early, then she was sick at bed time, hardly surprising we thought after eating so much.

But something wasn’t right I could feel it, I just didn’t know what.

I turned to google, as many of us do and typed thirsty, hungry, lethargic and instantly Type One diabetes was flagged up. At this point I knew nothing, but my instant response was not possible, must be a urine infection or something else.

I remembered I had a blood glucose testing kit hidden at the back of a cupboard somewhere as I needed to use it for a while. I looked in the box and there was one test strip left so I thought I had nothing to lose I might as well check it.

Whilst my little one slept I gently prised her finger open for the very first time, squeezed a tiny drop of blood and waited anxiously for the number to appear but there was no number, all it said was HI.

A Trip to Out of Hours

Out of hours here we come, I quickly carried my daughter who was very sleepy and lethargic in my arms to the car and not far to the clinic where we waited and waited as it was a busy Friday night.

My heart was in my mouth, desperate for them to tell me I was wrong, although at this point, I was still naïve and didn’t have the faintest clue about Type 1 and what it was, never mind what would be involved in the treatment of it.

Several hours passed and finally it was our turn to be seen. As I spoke out the various symptoms to the doctor, he didn’t give much away. By now my daughter had woken up all in a muddle and reluctantly held out her tiny finger. It was this moment when it was confirmed. Your daughter has Type 1 diabetes and you need to get her straight to the hospital they will be waiting for you on the ward.

We entered the ward and were sent to an admissions room where they did some initial blood tests to confirm it was Type 1. By this time, our daughter was a little more awake with all the commotion.

The fear of the unknown was horrible.

What happened next broke my heart, they needed a blood sample from her tiny little hand. I held onto her tightly as she straddled me and screamed. I just wanted to take it all away from her, it was like waking up in a nightmare. It felt like the room was full of people, all trying to hold my daughter still. I felt like I had failed as a mother.

I held her so tightly that night, my heart broke and so did hers.

It felt like we were walking into a long dark tunnel with no light at the end of it.

Easter weekend on the ward.

We spent a very long 4 days on the ward as many of the specialists weren’t in until after the bank holiday weekend.

Before we could go home we needed to see the Diabetes Specialist Nurse (DSN), the paediatric dietitian, consultant and of course be able to inject insulin into our daughter and have all the kit and supplies we needed to survive life on our own.

I remember so clearly the day when I was handed the injection pen and told; “its your turn now Mum”. It was in that moment that it dawned on me what we were facing and the reality of life from this day forward. The fear in my daughters eyes as it took three of us to settle her and hold her still. It felt like my heart had been wrenched out. What was I doing? How could this be right? My poor baby girl was petrified and so was I. We had a long way to go and in many ways three years in still do. Needle phobia is the real deal when you are four, no matter how brave you try to be.

It was a steep learning curve and also the beginning of an ongoing process of grieving for our child and the loss of her innocent and pain free child hood that we so often take for granted.

The support we received both in the hospital and when we got home form the specialist nurses was fantastic and for that we are very grateful but its no easy ride.

Not only do you have to very quickly learn how to take care of your child with this very complex condition, including bg testing, bolusing, monitoring food consumed, calculating, carb counting, treating hypo’s, looking for warning signs of hypo’s and hyper’s but you also often have to pretty much straight away trust them into the care of schools and preschools/nurseries which is a very scary thing and makes it all feel very out of control.

Thankfully we had the Easter Holidays to adjust a little before sending her to preschool and the nurses were very quick to train up the preschool staff but for many parents it can be more complicated which must be incredibly difficult.

I’d love you to share your diagnosis story and click below to let me know what your biggest struggle was following diagnosis. 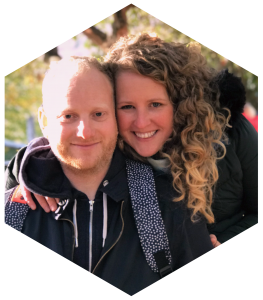 Welcome to my little world. I’m Rachel, a mum of 2 beautiful little girls and I love to blog about family life and Type One diabetes and hope to share lots of useful resources and tips with you for making life with Type One a little sweeter! I love Yorkshire tea, the great outdoors, animals and spending time with my family.  Let me share my story with you! 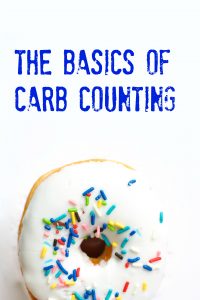